The Leominster Early Music weekend in March seems a very long time ago.  The run up to Easter is the busy time for viola da gamba players – too many notes to practise and no time for blog updating!

The Border Voices Vivat Hercules! concert with Evelyn Tubb was exhilarating and we had a large and highly appreciative audience in the priory. Thank you to all those that came. Here are a few rehearsal photos taken by Kevin Scot. 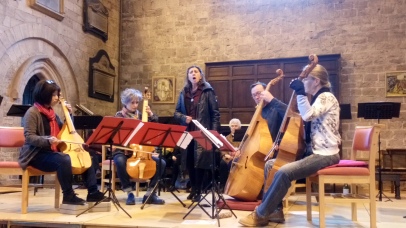 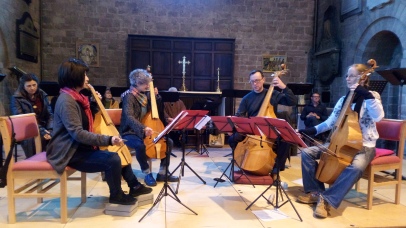 David trying to get in on the curtain call!

After Easter the Linarol viols went on an adventure to Italy.

David crammed the car with instruments and drove to Castello Sannazzaro near Casale Monferrato for a week of tutoring keen players of renaissance and baroque viol consorts.

The castle was built by the Sannazzaro family in 1163 and is still lived in by members of the family. We were the guests of Count and Countess Giuseppe and Letizia Sannazzaro who were the most wonderful hosts.

After busy days of high musical concentration we all appreciated the long delicious Italian dinners where the high quality local wine flowed. 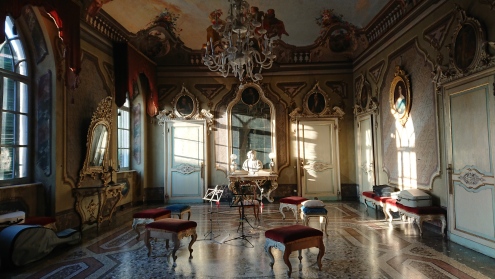 David and Vivabiancaluna Biffi gave an enthralling recital in the castle’s ballroom which was well attended by friends and neighbours of the Sannazzaro family.

The renaissance viols were well played throughout the week: with facsimile reading sessions of Arcadelt and Cipriano de Rore, a twilight play-through of the Lassus Lagrime di San Pietro and getting to grips with David’s latest acquisition – the most fabulous coloured edition of the Chansonnier de Zeghere van Male.

The castle is so picturesque and even inspired a few watercolour paintings. 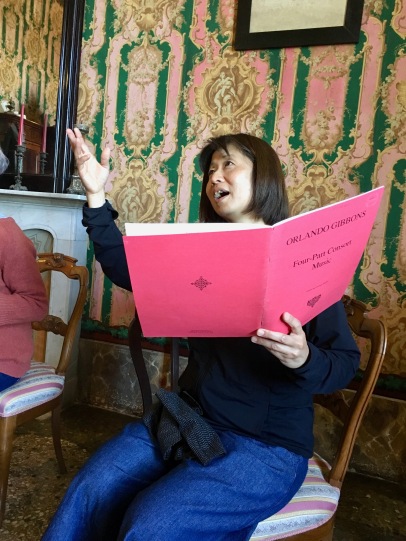 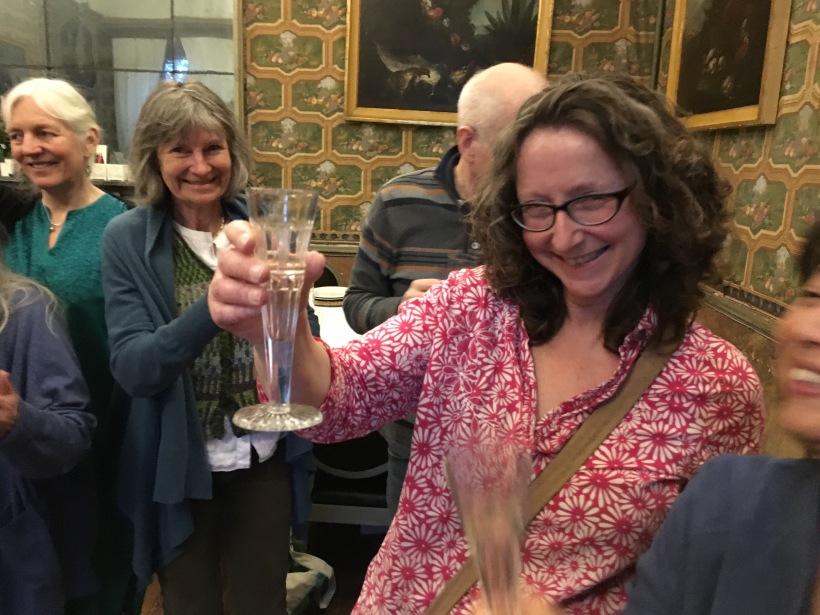 Saluti! and thank you Amanda for organising the superb week.